A chemical bond is defined as the force of attraction between two or more atoms or Ions or molecules that holds various constituent particles”. The combination of these particles (atoms, ions, or molecules) is called chemical bonding; the followings are the reasons for their combination. 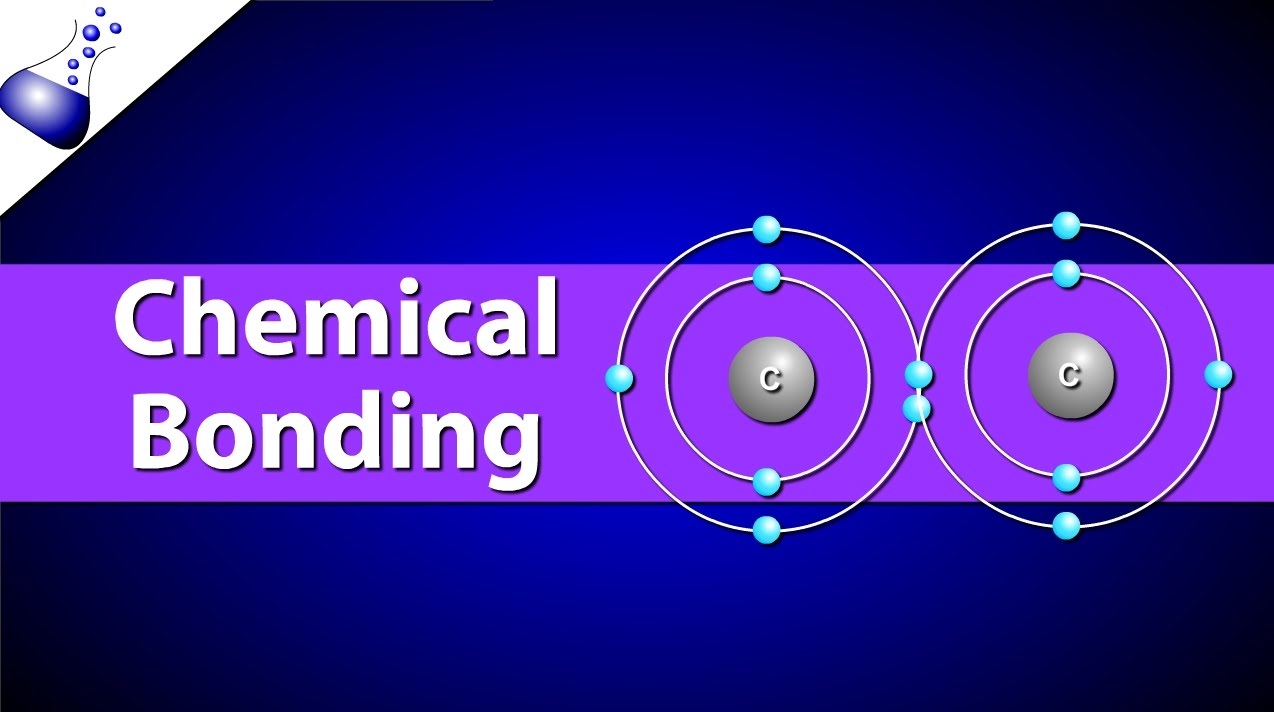 Concept of decrease of energy of combining atoms: When the two atoms form a bond, their potential energy decreases, i.e. bonded atoms have lower energy than non-bonded atoms and are more stable due to chemical bonding.

In 1916 the scientist’s Lewis, Kossel, and Langmuir proposed that while acquiring noble gases configuration that is He(Z=2), Ne: 2, 8; Ar: 2,8, 8; Kr:2,8,18,8 and so on. The elements of noble gases have 8 electrons in their outermost orbit(except He) and do not react to form a chemical bond hence the other atoms also try to acquire 8 electrons In their outermost orbit and become most stable. This is called the ‘octet rule, But helium has only two electrons called ‘duplet’ and is also as stable as an octet. The octet rule is followed by an atom or Ion by forming a chemical bond between the atoms either by transfer of electrons in case of ionic bonds or by sharing of electrons between the atoms, forming covalent bonds or by donation of a lone pair of electrons between the atoms forming a coordinate bond to complete their octet.
“The tendency of the atoms to complete 8 electrons in the outermost shell is called “octet rule” or “electronic theory of valency“.

The main features of the electronic theory of valency are as follows.

In the formation of an ionic bond between A and X, the following steps will occur.

(i) Atom ‘A’ releases an electron by absorbing energy equal to its ionization energy (I.E.) and converted into cation c+.

(ii) In this step atom Xaccepts the released electron from atom A and converted it into an anion,
X(g) + e– → a–(g) + Energy released (EA)
(iii) Lastly cations c+ and anion a- combine together by an electrostatic force of attraction to give a stable ionic crystal c+a- In this step, energy equal to lattice energy of the Ionic compound c+a- Is released, which is represented as
$$ \Delta \:H_{Lattice}=-\frac{e^2}{r_c^++r^-_a} $$
where the negative sign indicates the energy is released; a represents ionic charges on c+ and a− ions; rc+ andra− are ionic radii of cation and anion respectively. In other words, the greater the value of lattice energy of the resulting ionic compound, the greater will be the ease of its formation
$$ c^+_{\left(g\right)}+a_{\left(g\right)}^-\rightarrow c^+a^-\left(s\right)\:+\:Energy\:released\:\left(\Delta H_{lattice}\right) $$
Thus, the overall energy change (E-Ionic ) in the formation of ionic crystal c+a−(s) is given by :
$$ E_{Ionic}=\left(I.P.\right)_A-\left(EA\right)_X-\frac{e^2}{r^+_c+r^-_a} $$
If c+a– is stable, the ionic energy (Elonic) is negative.
1,0.
i.e $$ \frac{e^2}{r^+_c+r^-_a}\:>\:\left[\left(IP\right)_A-\left(EA\right)_X\right] $$
Thus, the different steps discussed above indicate that the following factors facilitate the formation of an ionic crystal by a metal and a non-metal.
(i) Atom ‘A‘ must-have low ionization energy.
(ii) Atom ‘ X ‘ should have a high value of electron affinity.
(iii) The value of lattice energy of c+a- ionic crystal must be high.
(iv) There should be a large electronegativity difference (>1.80) between the atoms ‘ A ‘ and ‘ X ‘ 1. e. A should be highly electropositive and X should be highly electronegative. For example, the energy change involved in the formation of ionic bonds in NaCl is discussed in the Born-Haber cycle. (ref, fig, 2.08).

The elements which change their valency and show two or more valencies are said to possess variable valency. The metals belonging to p and d-blocks show variable electrovalency. The reason behind this behavior is either an inert pair effect in p-block or incomplete (n−1)d-orbitals in the case of transitional elements.

These metals show greater stability in a lower oxidation state as compared to a higher one. This is due to the inert pair effect.

The transitional elements having the electronic configuration (π−1)s2,p6, d1 to 10ns1 to 2 form cations with variable positive electrovalency. For example, Fo shows +2,+3, and titanium show +2,+3, and +4oxidation states due to loss of 3 d and 4 s electrons respectively. Because of the fact that the (n−1)d and ns orbitals in the atoms of these elements have almost the same energy, the removal of electrons from (n−1) d-orbitals takes place as easily as electrons of ns-orbitals.
When all the valence electrons (electrons of incomplete shell) are removed from an atom, the residual part is called the ‘core’. The core may have a stable configuration similar to inert gases (more common in p-block elements) or pseudo-inert gas configuration as observed in transitional elements and heavier p-block elements. These are the two reasons for the variable electrovalency of the elements.

Those elements have 18 electrons in their outermost orbits such as Cu, Ag, Au of IB, and Zn, Cd, and Hgof IIB groups.
Monovalent cations of the IB group are not stable because of the presence of unstable (n−1) s2p6d10 configuration. Consequently, they are converted into Cu2+, Ag2+, and Au3++ which are relatively more stable and have 18 electrons in the Kernel, and are held more strongly with increased nuclear charge.
Pages:
Spread The Love