For example; the energy levels of the following set of orbitals are the same for the hydrogen atoms.

Energies associated with different orbitals of the H-atom can be calculated by using the equation:

Where all the symbols have their usual meaning. The energy level diagram of H+. atom is schematically shown in the figure given below. The diagram shows: 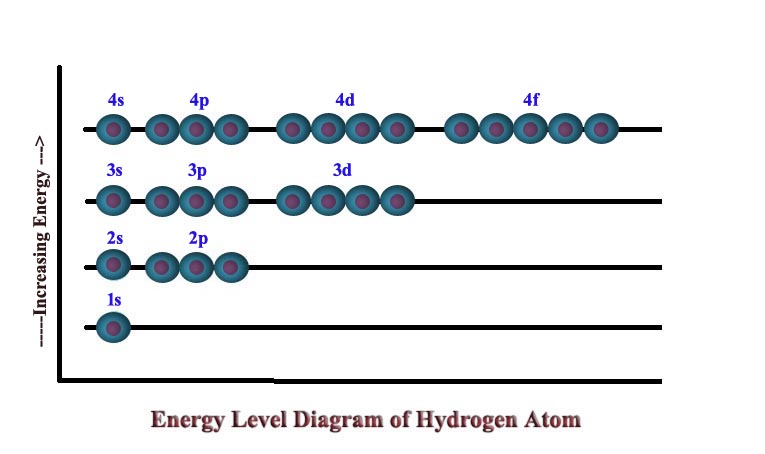 (i) In hydrogen or H-like particles the energy levels depend only on the value of ‘ n ‘.

(ii) When H-atom is in the ground state its electron is present at the lowest energy level. which n=1.

(iii) If H-atom is excited by absorbing energy, its electron may jump to higher main energy levels (n > 1) or to higher orbitals e.g = 2s, 2p… etc.
(iv) The order of energy of various orbitals in the H-atom is:

This order is shown in the following energy level diagram.

The solution of the wave equation for a multi-electron system is difficult. But some approximation methods are used for energy calculations.