There is one s-orbital in every principal shell. Each s-orbitals is spherically symmetrical because its electron density is not concentrated in any particular direction. 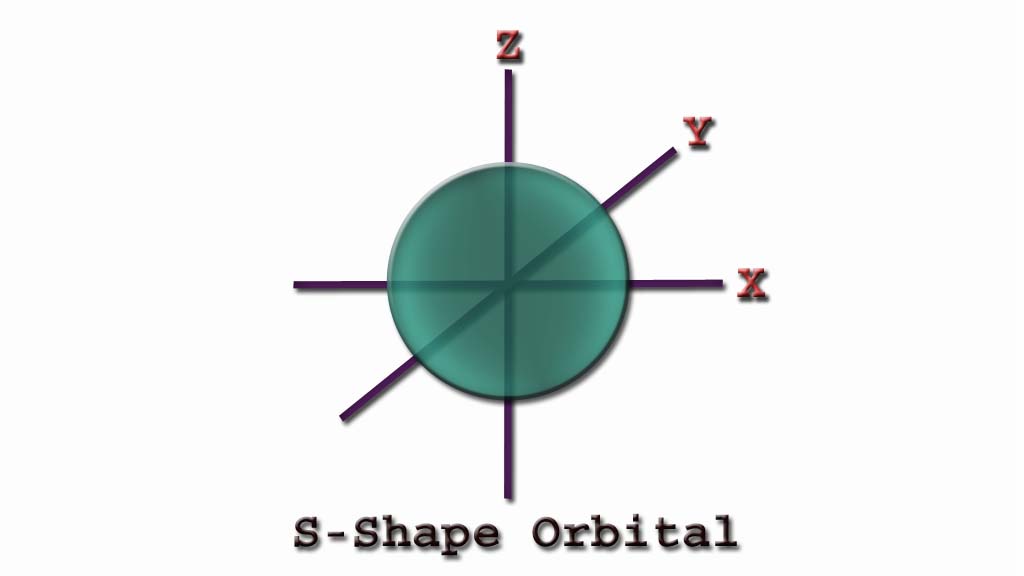 This orbital has the following characteristic properties: 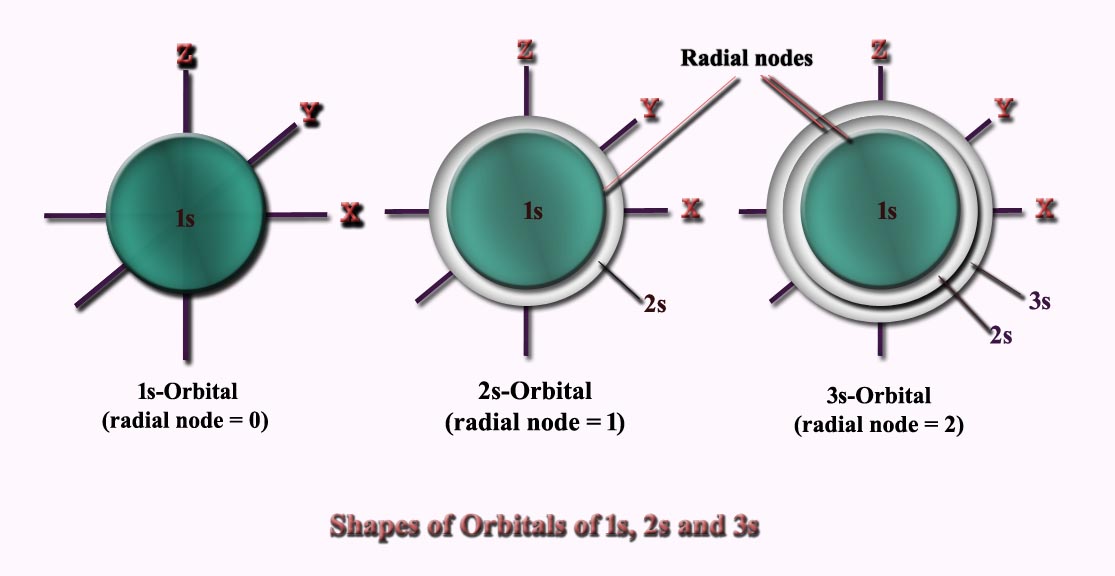 Each principal shell has a set of three p-orbitals (except the K-shell), In p-orbitals, the probability of finding an electron is more in some particular directions from the nucleus. The probability distribution diagram of the p-orbital shows that this orbital consists of two lobes one on each side of the nucleus i.e. it is dumbbell in shape.

The p-orbitals have the following characteristic properties:

(i) The probability of finding an electron is equal on both sides of the nucleus in the lobes.
(ii) Depending upon the orientation, p-orbitals have been denoted as px, py, and pz because their lobes of maximum electron density lie along x, y, and z axes in space respectively.
(iii) All these orbitals have identical energies but different identities as individuals.
In other words, in the absence of an applied magnetic field, the p orbitals are equivalent in energies and said to be triply or three-fold degenerate.
(iv) When these orbitals visualize collectively they appear concentrically spherical around the origin of the cartesian axes.
(v) The p-orbitals have a plane of zero electron density referred to as the nodal plane which separates the two lobes e.g. xy plane is the nodal plane of the Pz-orbital. 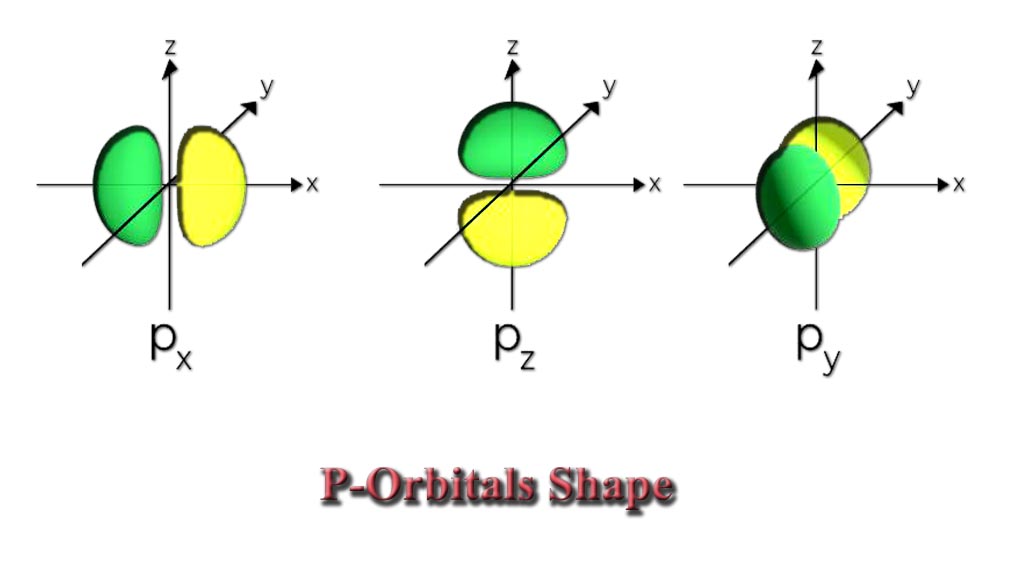 Each principal shell (except K and L shells) has a sell of five d-orbitals which have the same radial function but differ in angular distribution. Shapes of orbitals

Structurally d-orbitals are of two types:

The characteristic properties of d-orbitals are :

1.  Al2g set of orbitals has two nodal planes each.
2. The dz2 orbital contains two cone-shaped nodal surfaces. Thus, this orbital is different from the other four d-orbitals viz. dxy, dyz, dxz and dx2-y2 orbitals. It is because most of its density is concentrated around the z-axis.
3. In absence of a magnetic field, all the five d-orbitals are equivalent in energies and are called “five-fold degenerate’, but in the presence of a magnetic field d-orbitals split into two sets of orbitals 4t2g‘ and ‘eg’  sets: 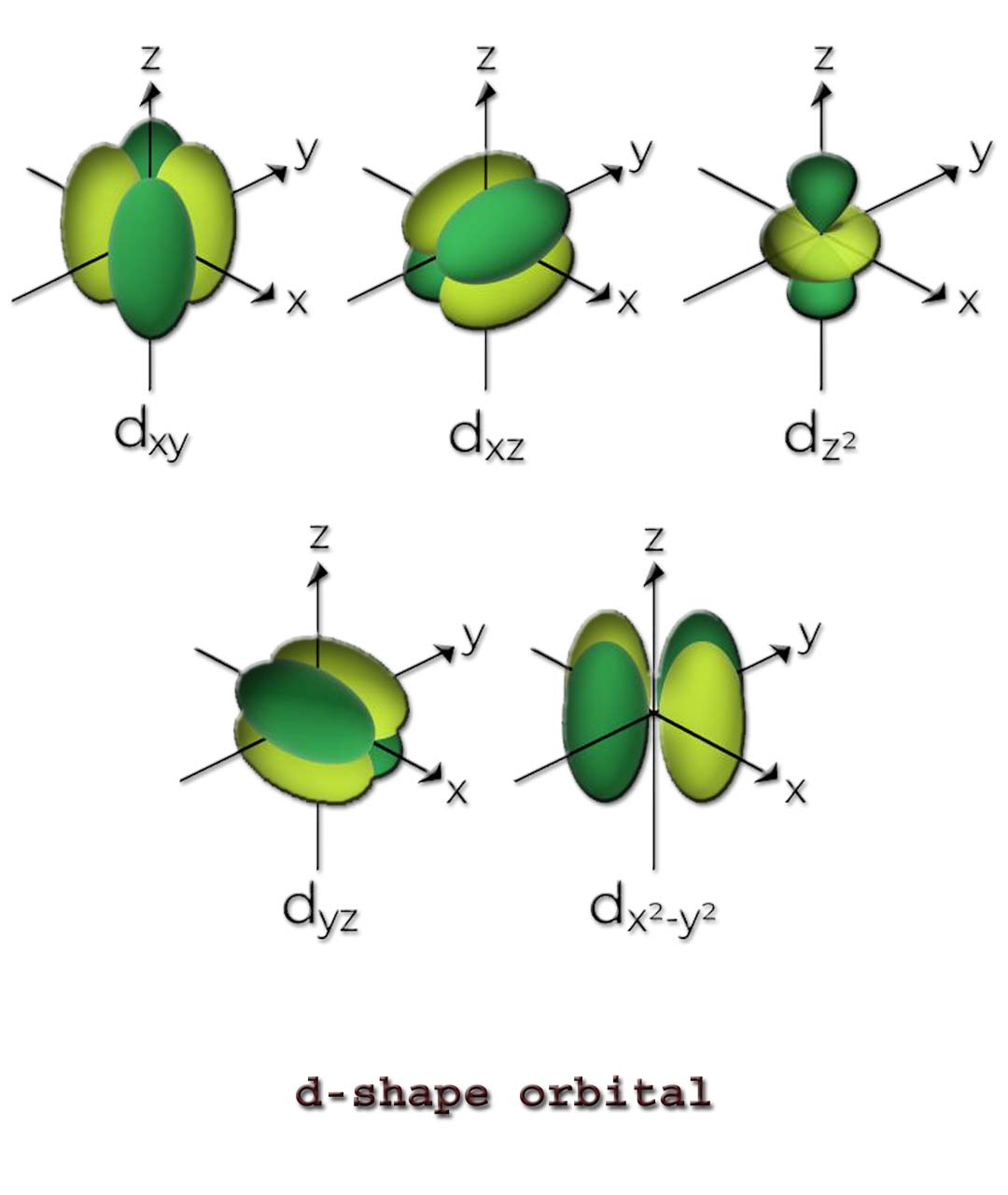